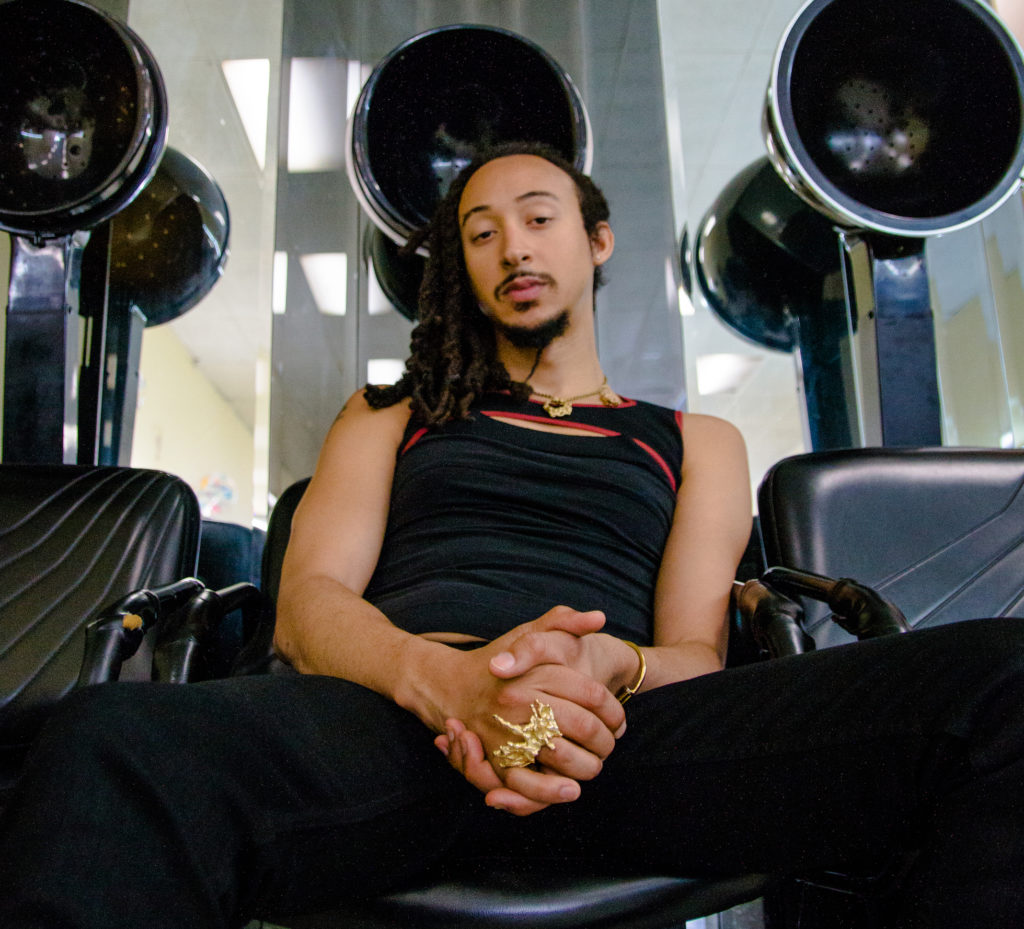 “...the indisputable product of Black American Music, of which jazz is mother of all wells.”

– AFROPUNK
“Croker has been playing his instrument in the jazz tradition since he was 11...Yet he’s been headed towards its edges for a while now…”

– AFROPUNK
“...contemporary textures which spring from the funk, soul and hip-hop branches of the jazz tree, rather than directly from the trunk.”

– AFROPUNK
“He has the tools, the intelligence, the ability and the talents. The future looks bright for Croker.”

American born trumpeter/composer Theo Croker, is hailed as one the great promises of Black American Music (BAM). “Star People Nation” (his upcoming LP on Sony Masterworks) isn’t a sonic departure of his critically acclaimed release “Escape Velocity”, but a continuation towards a much grander musical legacy that is pushing within the realms of futuristic melody, rhythm, and vibratory enlightenment. “Star People Nation” is an experimental nativity taking listeners on a journey through a dark, cosmic, eloquent, yet masterful work to date. Serving as a sacred marker, from a visually motivated artist revealing an ability to gleam us with evolution beyond jazz familiar, “Star People Nation” is now in motion.

Theo Croker’s 2016 release Escape Velocity is ranked the #1 Jazz Album in the UK by Echoes Magazine. The accolades continue worldwide with iTunes (Global), The Observer (US) and others naming the album as one of the Top Jazz albums of 2016. With a global spotlight release on iTunes and Amazon, now over 1.5 million cumulative streams on Spotify, and nearly 1 million streams for the track “No Escape from Bliss” it is clear that listeners agree.

Upon the album’s release, The Wall Street Journal heralded the album as “ timeless and of-the-moment”. His live performances, the Huffington Post lauded Croker’s band DVRKFUNK, saying they were “a tight front line that weave in serpentine precision and are backed by a powerful rhythm section that pushes the groove.” Croker recently lent his inimitable talents as composer, arranger and musician to J. Cole’s latest release on title track “4 Your Eyez Only”, as well as “For Whom the Bell Tolls” and “Ville Mentality”. He is also featured on Common’s newest album, “Black America Again.”

As the grandson of the late trumpeter Doc Cheatham, and former student of legendary jazz trumpeter Donald Byrd, trumpeter Theo Croker is an artist steeped in jazz tradition. Well-versed in the swing, bop, and modal styles of acoustic jazz, Croker’s own music reveals a love of organic funk, soul, and gooey, groove-oriented hip-hop. It’s a vital amalgam that would have pleased the forward-thinking Byrd, whose own ’70s funk-jazz albums are an obvious touchstone for Croker on his hypnotically enlightened 2016 effort Escape Velocity.

He championed this sound on his 2014 Dee Dee Bridgewater collaboration, Afro Physicist, and he pushes it to the limits on this follow-up. Taking the production reins from Bridgewater, who also appears here on the euphoric “Love from the Sun,” Croker has crafted a set of deeply spiritual, densely layered, yet beautifully uncluttered compositions that find him bringing his funky worldview into sharply illuminated focus. Croker details his point of view on the spacy opener “Raise Your Vibrations,” in which he delivers a spoken word poem saying, “Our divine earthly purpose is our own to fulfill.”

Helping to raise Croker’s musical vibrations is his ensemble, a group he’s played with for several years, featuring saxophonist Anthony Ware, keyboardist Michael King, guitarist Ben Eunson, bassist Eric Wheeler, and drummer Kassa Overall. Also adding color to the proceedings are guitarist Femi Temowo and saxophonist Irwin Hall. While Croker certainly divines inspiration from Byrd’s ’70s albums, there’s nothing retro about his own bass-and-drum-heavy sound. Cuts like the swirling “In Orbit” and the head-bobbing “This Could Be (For the Traveling Soul),” find Croker weaving in elements of shimmering electronica and subtle world music textures that feel more contemporary than old-school.

Other tracks, like the soaring “Transcend” and the organ-driven “Changes,” bring to mind no less than a feverish combination of the dramatically soulful ’70s work of saxophonist Gato Barbieri and the brightly hued ’90s acid-jazz of the Brand New Heavies. While Croker’s creative vision is a hybridized, cross-pollinated take on jazz, he remains at his core an exploratory improvisationalist. Cuts like the propulsive “Meditations” and the socially minded, Latin-tinged groover “We Can’t Breathe” (inspired by the 2014 choking death of Eric Garner), are long enough to allow for some edge-pushing solos from Croker and his band.

Ultimately, with Escape Velocity, Croker proves he’s got deep ideas about life, spirituality, and how music connects us all. It’s an ebullient, groove-conscious message perhaps best expressed on the bass-heavy “It’s Gonna Be Alright.” Trading the song’s title phrase back and forth like old friends high-fiving on the street, you can hear Croker and his band smiling.” 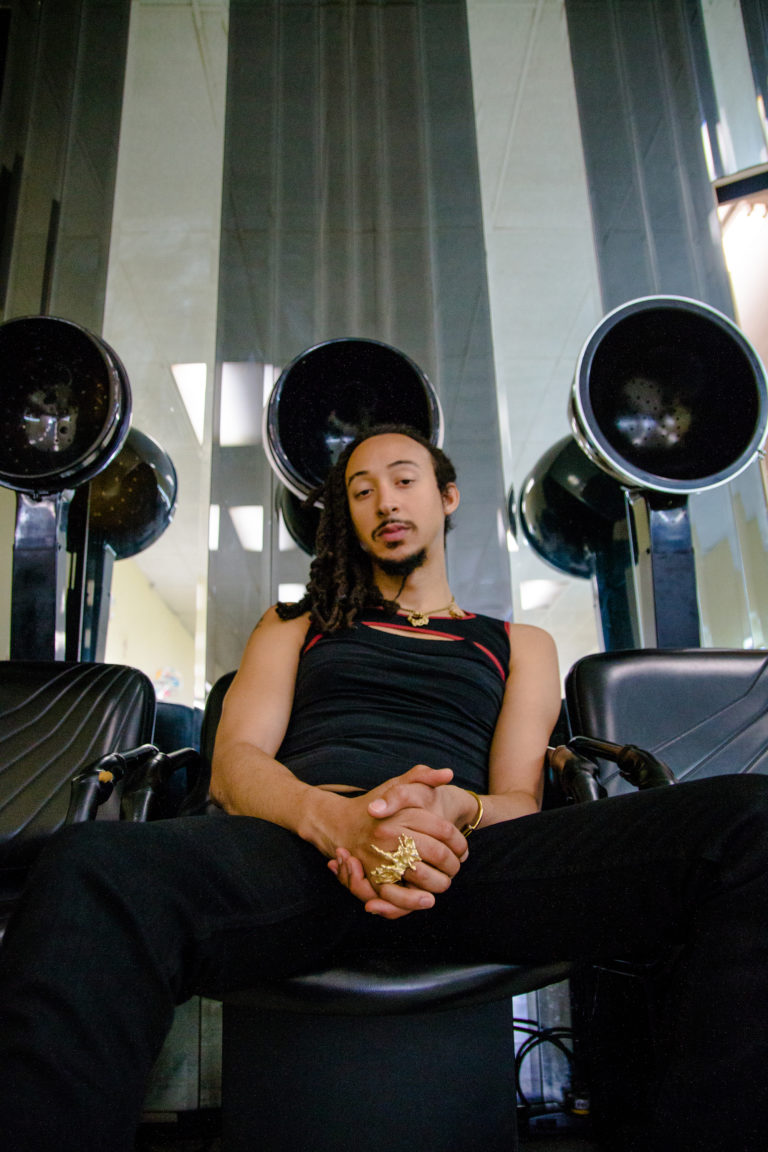